Back to FreeBSD as a desktop machine ! 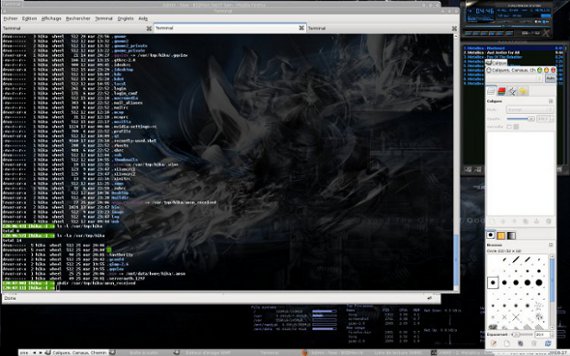 Since 2007, I left the FreeBSD system as a desktop because of a game exclusively running on Windows ... What a shame, hey ? ;D
This game is Pangya, of course. I did not regret that time because Pangya was such a wonderful experience in my life : I met really good friends, was falling in love many time (No, I won't give names ;D).

A few days before, I decided to install back FreeBSD on my laptop. Since I left this system, I was using FreeBSD 6.3. Now, I'm using FreeBSD 8.2. So why this decision suddenly ?

First of all, I love this system and the way I can customize it. By customizing, I mean the desktop, the "look and feel" and which processes are allowed to run. There won't be any hidden and/or unknown processes.

The second reason if that I have a Solid State Disk (SSD) installed on my Sony VAIO laptop and I wanted to preserve its lifetime. I don't know what Windows XP is doing about disk writings but it is quite sure it writes lots of things in its C:\WINDOWS folder. On FreeBSD, I use memory file system (mfs), save lots of unuseful disk writes and I control which folders each programs are allowed to write.

The third reason is a professional reason. I need to be up to date about open source technology and, particularly the *BSD systems (Yes, OpenBSD too ;D). In the next months, I will quit my current job, so I have to be efficient in this area.